A Link Between Alcohol & Sleep Issues 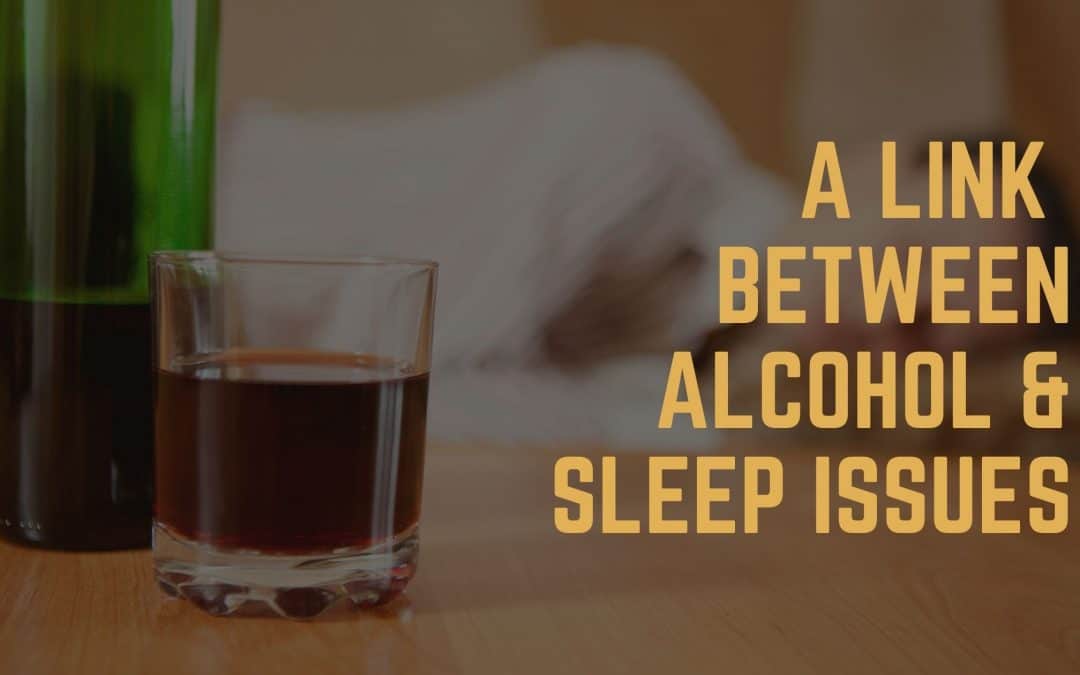 Consumption of alcohol, particularly in excess, is linked to poorer sleep quality. It also can exacerbate sleep issues and symptoms associated with lack of restful sleep. Alcohol is a central nervous system depressant which means that it slows down neurological functions including brain activity. Extensive studies show that alcohol use can take a toll on sleep, contributing to sleep disorders like insomnia and sleep apnea.

Impact of Alcohol on Sleep

Alcohol enters the bloodstream after consumption and enzymes in the liver metabolize it. This is a gradual process which means that alcohol remains in the bloodstream which impacts people in a variety of ways. The effects this has typically depends on numerous factors including a person’s age, size, drinking patterns etc. But studies have shown that alcohol consumption can delay or disrupt sleep throughout the night as the liver processes alcohol.

Various sleep stages are impacted by this which affects overall sleep. There are four stages of sleep which constitute a sleep cycle, a person typically experiences 4-6 sleep cycles through the duration of a night.  The sleep stages are:

–          Stage 1: the falling asleep, or dozing off stage which is the first 1 to 5 minutes. The body begins to wind down and relax, the brain starts to slow down.

–          Stage 2: the brain and body relax further; body temperature, heart rate, and breathing slow down. According to the Sleep Foundation, a person usually spends half of their sleep in this stage.

–          Stage 3: also known as the deep sleep stage and involves being in a state of deep relaxation: muscles, heart rate, and breathing, brain activity is further slowed.

–          Stage 4:  the last stage of the sleep cycle is REM sleep. Brain activity reawakens, nearing the same levels as when one is actually awake. Though the brain is reactivated, the body remains relaxed. The eyes and breathing muscles also reawaken as this stage is also characterized by rapid eye movements (REM).

Alcohol consumption can delay or suppress stage 4, REM sleep. Alcohol being a sedative means that people can enter into deep sleep quicker and easier (as alcohol helps slow things down). But this quickness can actually create imbalances between the stages of sleep which should last for a specific amount of time. This can lead to poor quality of sleep, shorter duration, disruptions while sleeping, waking up etc. Consistent alcohol consumption can continue to impact sleep and contribute to chronic sleep issues.

According to the American Sleep Association, 50 to 70 million adults in the U.S. have a sleep disorder. The most common sleep disorders are insomnia and sleep apnea. Alcohol can contribute to these sleep issues in a variety of ways:

–          Insomnia: is the most common sleep disorder, insomnia affects nearly 30% of adults and is characterized by difficulty initiating and/or staying asleep. Insomnia can be infrequent or chronic. Because alcohol can suppress REM sleep (stage 4) and disrupt sleep, this can lead to experiencing insomnia symptoms. This causes people to be excessively tired, irritable, and experience difficulty concentrating the following day.

–          Sleep Apnea: involves abnormal breathing during sleep. It is characterized by pauses in breathing which happens recurring throughout sleep.  This impacts how much oxygen the body is receiving. Obstructive sleep apnea, the more common type, occurs when tissues in the back of the throat collapse, obstructing the airway. Central sleep apnea is caused when the brain cannot effectively communicate to the muscles that control breathing. Studies have suggested that alcohol contributes to the throat muscles relaxing which can create blockages that prevent air from freely traveling. This exacerbates the abnormal breathing and can produce snoring as well.

Alcohol, especially when consumed excessively, can significantly impact sleep. To reduce the toll it can have, reduce consumption to a moderate amount and also avoid drinking right before bed. This gives the body more time to metabolize the alcohol while you are awake compared to during sleep which can create disruptions that wake you up. The Sleep Foundation recommends not drinking alcohol at least four hours before going to bed.

If you’ve had difficulty sleeping, perhaps integrating these practices can help! At Enticare, we provide services to address a variety of sleep disorders, including sleep apnea. Contact us today to learn more.