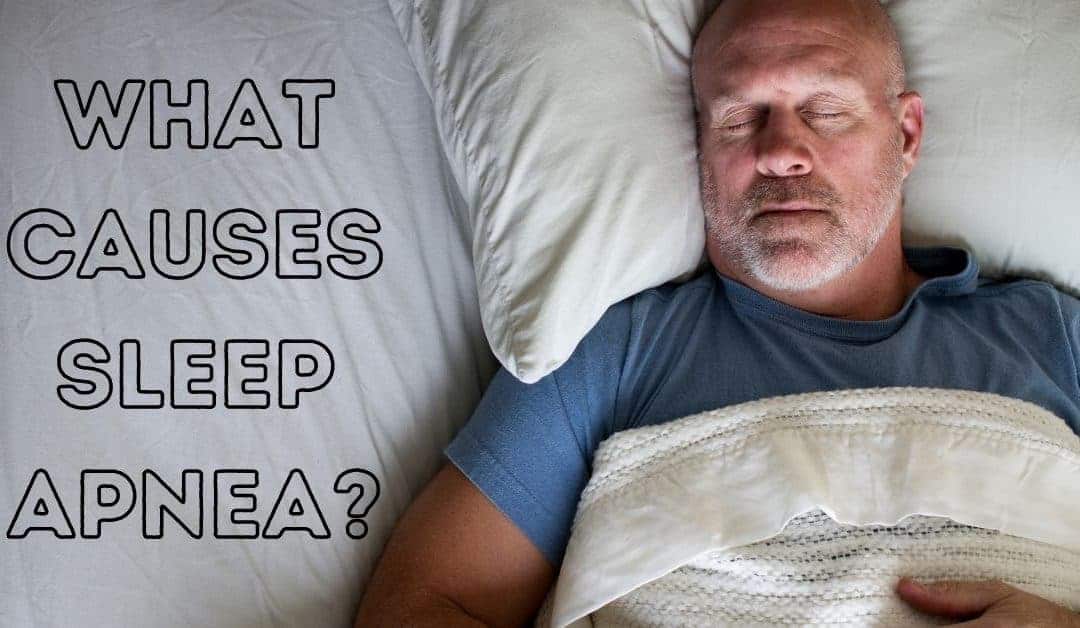 Are you having a hard time sleeping through the night? Does your partner complain about loud snoring? Or perhaps you’ve been waking up in the middle of the night feeling like you can’t breathe. Sleep apnea is a sleep disorder that makes it impossible for you to sleep soundly through the night. There are several types of sleep apnea, and several causes of this sleep disorder.

The Types of Sleep Apnea

There are three main types of sleep apnea. All three will cause your breathing to stop throughout the night, and you’ll wake up briefly to restart your breathing. You may not notice waking up during the night, but you’ll feel exhausted during the day and struggle with fatigue.

The three types of sleep apnea are:

Recognizing the Symptoms of Sleep Apnea

Obstructive sleep apnea: The most common kind of sleep apnea is obstructive sleep apnea. It’s caused by an over relaxation of the muscles in your neck and throat. These muscles support your airways, and they stay engaged during the night to keep your airway open. If you have obstructive sleep apnea, these muscles are overly relaxed, and they can block the airway. Your breathing will stop for a moment and your blood oxygen levels will decrease. As soon as your brain realizes this, it sends a signal to wake you from sleep and tighten the muscles in your throat to restart the airflow. This can happen up to 30 times every hour all night long, preventing you from getting a good night’s sleep.

Central Sleep Apnea: The second type of sleep apnea is caused by the brain rather than the muscles. Central sleep apnea occurs when your brain doesn’t send the right signals to the muscles that control your breathing. For a few moments you stop breathing. This causes you to wake up with a shortness of breath or gasping for air.

Do you think you may have sleep apnea? Visit us at Enticare to learn more about sleep apnea and explore your treatment options.