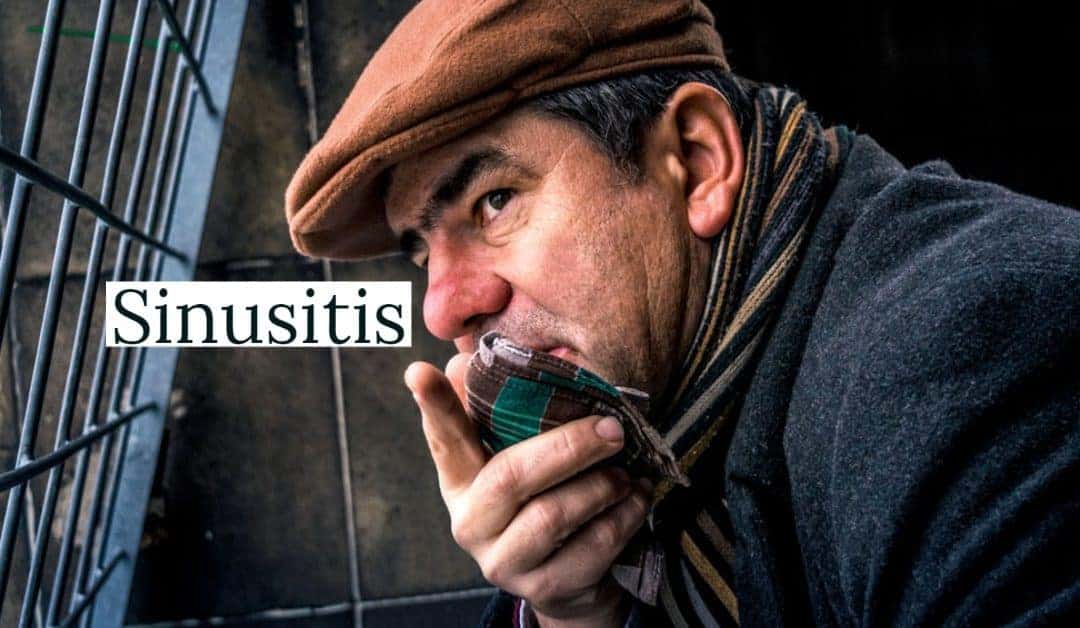 The human head famously weighs eight pounds, but it could weigh a lot more if it didn’t have sinuses. Nasal sinuses are air-filled spaces in the skull that open into the nasal passages. The sinuses are on either side of the nose just behind the cheeks and between the eyes. In acute sinusitis, the nasal passages and sinuses become inflamed and these spaces fill with fluid, which causes acute sinusitis symptoms.

Acute sinusitis is commonly known as a sinus infection. People with acute sinusitis usually have a runny nose and stuffy nose at the same time. They may also have a fever, cough, fatigue, and bad breath.1

Unlike regular nasal congestion, a sinus infection causes significant pressure, fullness, and discomfort in the face and ears. In fact, one-way a doctor test to see whether a person has sinusitis is to tap on the bones just below the eyes. Normally this tapping is only slightly uncomfortable, but it can be quite painful for a person with an acute sinus infection.

How do I know if I have acute sinusitis?

Your doctor can perform a detailed examination in the office using an otoscope and a nasal speculum. While acute sinusitis can be definitively diagnosed with X-rays or head CT, most people do not need these studies.

Steroid nasal sprays reduce the severity of sinus infection symptoms.3 Some patients may find benefit from antihistamines, saline nasal spray, or decongestants, but there is little scientific evidence that they are actually helpful in an acute sinus infection.

When to see a doctor for acute sinusitis?

The classic symptoms and signs of chronic sinusitis are:

Chronic sinusitis may also cause throat irritation, bad breath, fatigue, and sleep disturbances. In children, cough is more likely to occur than a loss of taste or smell.

How do I know if I have chronic sinusitis?

As with acute sinusitis, your doctor can usually diagnose chronic sinusitis after a detailed history and physical examination. However, nasal endoscopy can provide considerably more information about the extent and cause of disease. X-ray or CT scans of the head and sinuses may be necessary in some cases. You may also need to have allergy testing.

As with acute sinusitis, people may find relief from chronic sinusitis symptoms with nasal irrigation and intranasal steroids. Unless there is clear evidence of bacterial infection, antibiotics are not helpful for chronic sinusitis.

Sinus surgery can rapidly reduce symptoms of chronic sinusitis. An otolaryngologist (ENT doctor) can surgically remove nasal polyps. The ENT can also increase the size of the sinus openings to help promote fluid drainage. In some cases of severe inflammation, areas of the nasal or sinus tissue may need to be removed.