Do Adults Get Tonsillectomies? 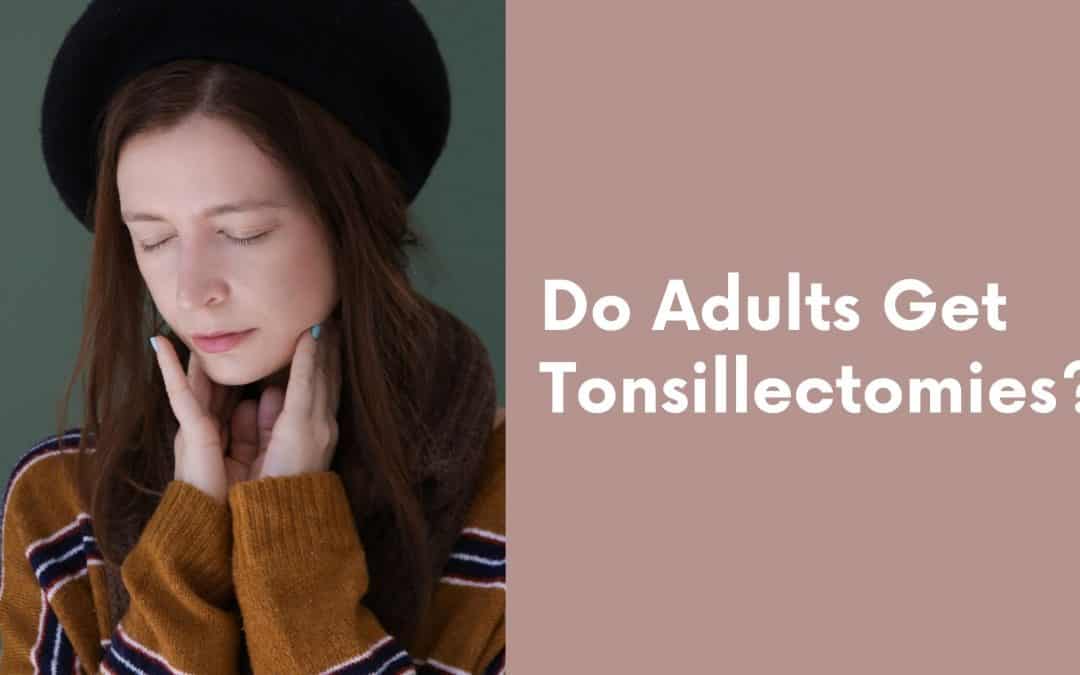 Tonsillectomies are among the most commonly performed surgical procedures. It involves the complete or partial removal of the tonsils – two oval shaped masses of tissue in the back of the mouth (one on each side). The tonsils are part of the body’s immune system and help block bacteria and viruses from entering the body further.  In trapping potentially harmful things we breathe in, tonsils can help prevent sickness.

However, tonsils themselves can become infected, producing unpleasant symptoms that can really impact health. They can become infected repeatedly in which case, removing them may be the most effective treatment. Though tonsillectomies are more commonly performed on children and teens, adults can also undergo this surgery.

A tonsillectomy is a treatment option for tonsillitis which is a condition that is characterized by the inflammation and infection of the tonsils. This is most often caused by bacteria and viruses, producing mild to severe symptoms including:

Tonsillitis can dissipate after a short period of time. People often use over the counter medications and home remedies to alleviate symptoms while the infection naturally subsides. It can also be treated with antibiotics which tackle bacterial infections. If tonsillitis is experienced chronically and/or symptoms do not respond to medications and persist, a doctor may recommend a tonsillectomy as the best treatment route.

Though children and teens experience greater risk of developing tonsillitis, it is a condition that adults can also experience. Tonsillitis is most pervasive for people ages 5 to 15 which is the main demographic for tonsillectomies. But adults can also develop tonsillitis and undergo the surgical procedure! There are no differences in the mechanics of the actual procedure and no significant increased risks for adults compared to children. Research shows that tonsillectomies can be safely conducted on adults without increased harm.

This research includes a 2014 study conducted by researchers at Yale University School of Medicine who investigated the efficacy of tonsillectomy for adult populations. Published in JAMA Otolaryngology Head & Neck Surgery, researchers conducted a comprehensive data analysis. They analyzed data for 5,968 adult patients who underwent tonsillectomy – the majority were being treated for chronic tonsillitis. Findings included a low rate of substantial bleeding and postoperative complications. Researchers concluded that this is a safe surgical procedure for adults with minimal risks, “in the United States, adult tonsillectomy is a safe procedure with low rates of mortality and morbidity”.

Tonsillectomy is considered a safe and effective surgical procedure with minimal risks. The most obvious benefit is that once the tonsils are removed, those pieces of tissue cannot become infected. This is particularly beneficial for people who experience chronic tonsillitis and the harmful effects it produces on health and wellness. But it is also important to note and be aware that though the tonsils can no longer experience infection, other parts of the throat can, so conditions like strep throat are still possible to experience. Studies have shown that strep is less likely for people who have had their tonsils removed!

The two main risks associated with the surgery are postoperative bleeding and reinfection which could necessitate reoperation. Generally, the rate of occurrence of these risks is very low. In the study previously mentioned, among adults, the rates at which these risks were experienced are:

These findings highlight that complications experienced post-surgery were minimal and nonfatal, underscoring the effectiveness of the procedure for adults.

If you experience chronic tonsillitis as an adult, a tonsillectomy could be the most effective treatment option for you. This procedure is safe for adults and could alleviate recurring issues you may be experiencing. If you have more questions about your suitability for a tonsillectomy, be sure to discuss this option with one of our providers who can assess your needs!