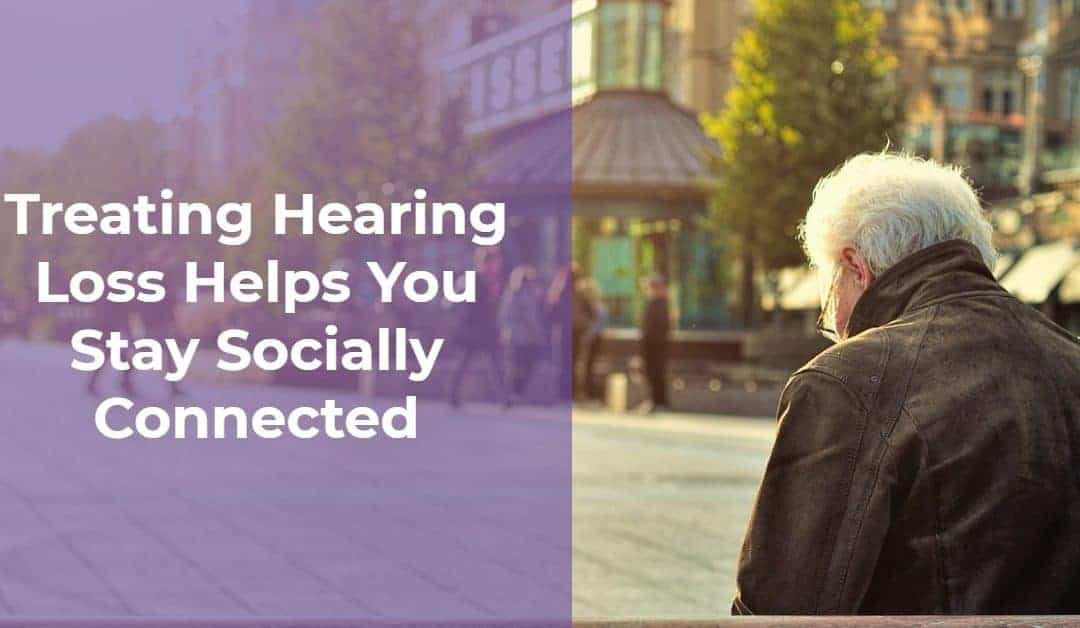 We as humans do our best when we are in a community, making connections with other people. We are a social species. Our desire to communicate with others, to share experiences and activities is one of the foundations of our humanity. When people start to lose their hearing, it becomes increasingly harder to communicate. Hearing loss is one of the most prevalent chronic conditions in the United States, affecting more than nine million Americans over the age of 65 and 10 million Americans age 45 to 64. But about three out of five older Americans with hearing loss and six out of seven middle-aged Americans with hearing loss do not use hearing aids.

For decades, age-related hearing loss was considered not a medical problem, though current research shows this couldn’t be further from the truth. Medicare still treats hearing loss as a normal part of aging, not a medical problem, and doesn’t pay for hearing aids or even routine hearing tests. Untreated hearing loss has serious emotional and social consequences. Several studies have documented the impact of untreated hearing loss. A popularly cited survey was commissioned by the National Council on Aging in 1999. This nationwide survey of nearly 4,000 adults with hearing loss and their significant others, significantly higher rates of depression, anxiety, and other psychosocial disorders in individuals with hearing loss who were not wearing hearing aids.

Research into the negative aspects of hearing loss

About a decade ago, scientists began focusing more on the potential harms of hearing loss as well as loneliness. Before long, it became clear that both conditions had enormous physical and emotional consequences that equaled huge medical expenses. Loneliness is associated with high blood pressure, elevated stress hormones and weakened immune systems. These feelings of isolation also raise the risk of dementia by 40% and the odds of early death by 26%, according to recent studies.

Social isolation is a serious problem, with studies suggesting that people who don’t use hearing aids are considerably less likely to participate in social activities. Among respondents with more severe hearing loss, 42 percent of hearing aid users participate regularly in social activities compared to just 32 percent of non-users. As hearing declines, loneliness can intensify and set off a cascade of detrimental health effects. Now considered as hazardous as smoking 15 cigarettes a day, loneliness vastly raises the risks of depression, dementia, and early death.

Adults with hearing loss are more likely to be unemployed and, on average, earn significantly lower wages, reported a study published in Annals of Otology, Rhinology & Laryngology. This might be due to being socially out of touch due to untreated hearing loss. Individuals with hearing loss experience greater difficulties in employment transition and career development, compared with those with typical hearing. Untreated hearing loss can decrease one’s annual income by as much as $30,000. The yearly cost to society is estimated to be as high as $26 billion in unrealized federal taxes; and an estimated aggregate yearly income loss of $176 billion due to underemployment.

If you or someone you care about is having a harder time hearing and therefore staying engaged in social situations, is unable to keep up with conversations, increasingly shies away from social gatherings and seems fatigued all the time then it is time to make an appointment for a hearing test.

Contact us at Enticare for all your hearing needs. We can help you find the right hearing aids for you and your lifestyle to keep you connected to the future. At Enticare, together, we can get you back on track to strengthening your hearing health and relationships with those you love. Your friends and loved ones will thank you!